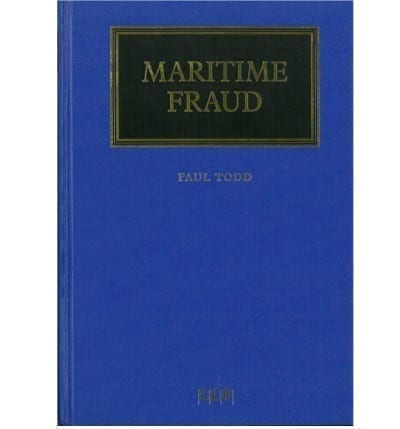 Piracy has changed over the last decade, with the increased prevalence of kidnap and ransom attacks. These give rise to legal consequences which are different from those of the more traditional violent thefts of cargoes and ships at sea. The book examines the ramifications for marine insurance and carriage of goods by sea. The book covers all varieties of maritime fraud, some but not all of which are very serious. At the top end of the scale are phantom ships and thefts of entire cargoes. At the lower end is conduct which though technically fraudulent, is probably better characterised as conduct which crosses the line of acceptable business practice. Technology can assist in the battle against fraudsters, but equally, new opportunities for fraud will be created. The central issue will remain, to what extent traders are prepared to sacrifice the system’s virtues to combat fraud, and the extent to which it is rational to do so. The last chapter of the book examines maritime fraud and technology.

Be the first to review “Maritime Fraud” Cancel reply