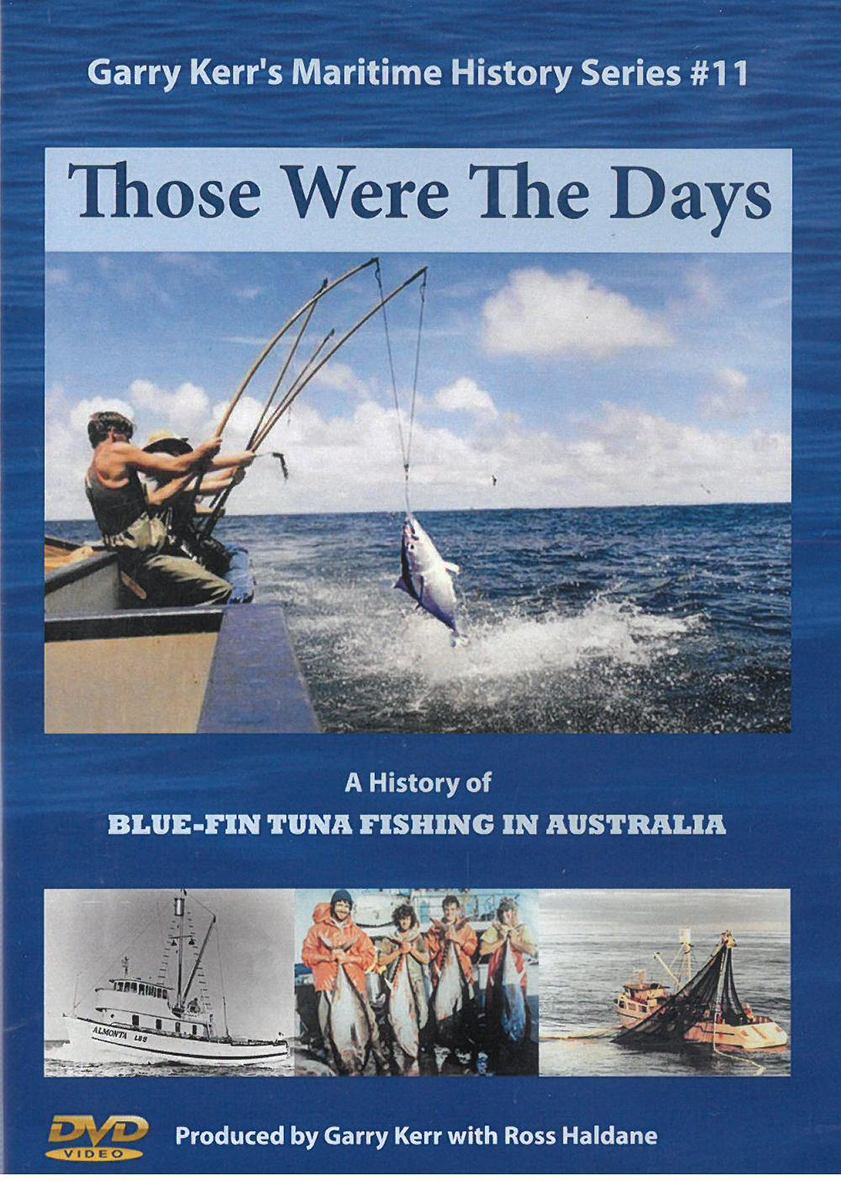 Those were the Days

A History of Blue-Fin Tuna Fishing in Australia

Produced by Mr Kerr and Ross Haldane, ‘Those Were The Days’, captures the industry through the memories of those interviewed.

The DVD brings together stories from the likes of Kiwi White, Mike Dyer and Bert Wilson covering the first 50 years of the industry.

Mr Kerr said the history of the Australian blue fin tuna fishery involved every state, some 300 vessels, more than 8000 crew and the loss of more than 20 men.

Mr Kerr said the DVD gave first had accounts of how the tuna were found, caught and processed and also the very quick demise of the industry as it was when purse seine nets were used.

“Port Lincoln became the sole surviving tuna port in Australia but has had to go through the transition from canning to tuna farming,” he said.

Mr Kerr said the oral history had drawn a line in the sand for those who were involved in the tuna industry and would ensure their stories were not lost.
DVD 115 mins

Be the first to review “Those were the Days” Cancel reply